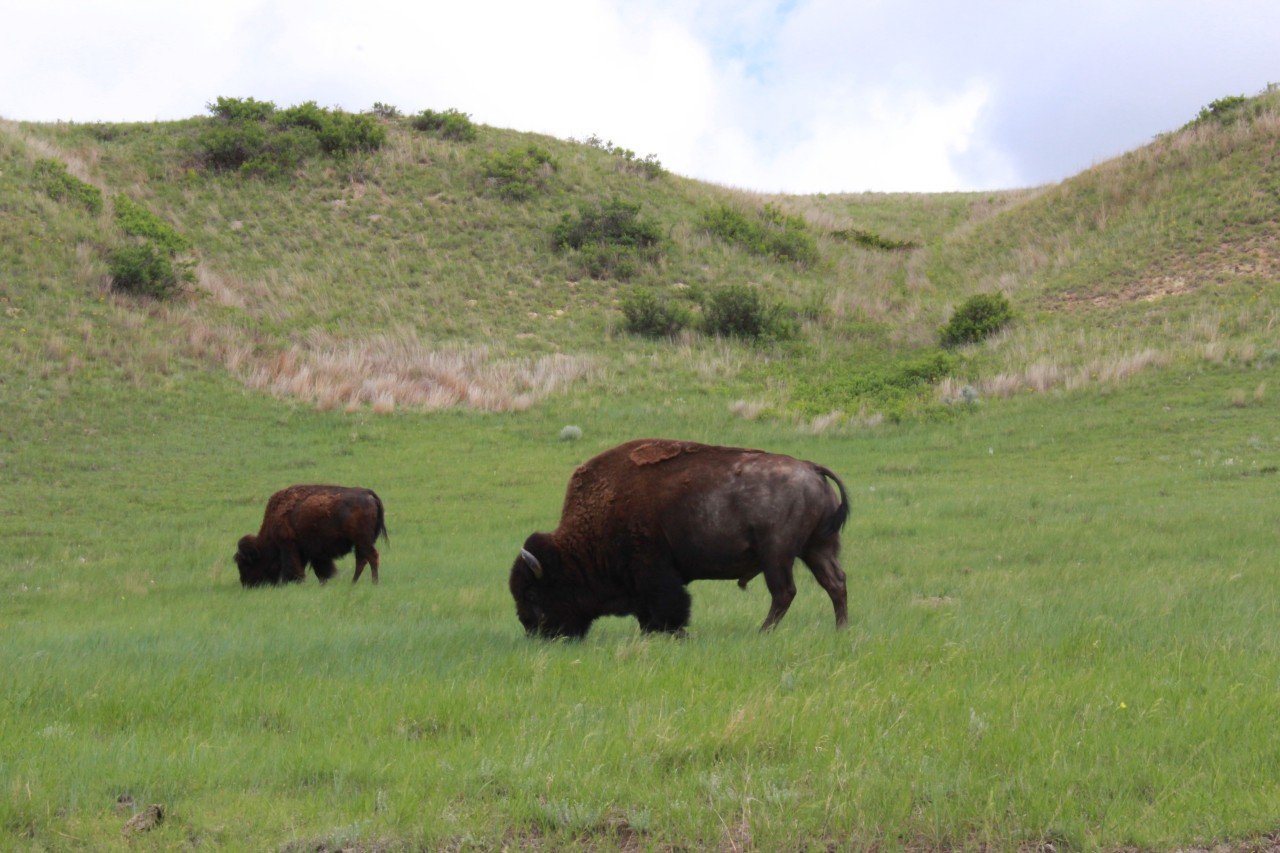 Welcome back, and thanks for not giving up on us!  If you were following along on our relocation road trip, you might think we made it to North Dakota, jumped through space and time to buy a house in Virginia, and then fell off the face of the Earth.  Sometimes it feels that way!  The last three months have been a blur and full of all the feels… Excitement, hope, trepidation, exhilaration, nostalgia, exhaustion, and everything in between.  The headline is we’re here, we’re settled(ish), and we’re returning to regularly scheduled programming.  Chris loves his work, Zoe just started preschool, and I…. well, I end most days not quite sure what I did but the time sure is flying!

I’ve thought about the blog every day since my last post and never intended to go this long without posting.  But here we are, and it’s time to get back on the wagon!  I’ve missed writing and it feels good to be back at the keyboard.  I just read through the old posts and already miss being on the road and can’t believe how long ago that time already seems.  Speaking of which, it’s time to catch up on the remainder of the road trip and an update on life back east.

Day 5 of the road trip was waaaaaaay back on June 2, 2018, which seems like a galaxy far, far away at this point.  I can’t believe I left off posting right before the coolest day of the trip!  But that’s life, interrupted.  Anyway, day 5 had us waking up in Dickinson, North Dakota with Chris in a panic.  After a night of relaxing solo slumber in his own bed, he awoke to find Zoe sleeping soundly and me asleep with my head on her feet, after being kicked in the face all night.  I awoke a few minutes later to Chris spastically running around the room, looking under beds, behind curtains, and in the hallway.  “I can’t find Laney.  I think she got out!”  My heart jumped to my throat for about 0.75 seconds before the sleepy haze cleared and I remembered that Laney doesn’t have opposable thumbs, can’t open doors, and was, in fact, asleep on my feet all the way under the covers. 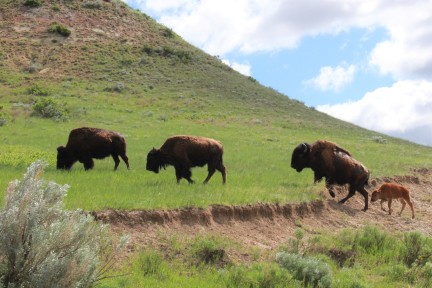 All this drama unfolded in less than a minute, but by that point we were all wide awake and got up, ate some breakfast, and headed out for our windy morning adventure in Theodore Roosevelt National Park, which could also be named Bison, Bison, and More Bison National Park.

We drove the 20 minutes from Dickinson back to the park entrance and did a loop around the South Unit of Theodore Roosevelt National Park.  The winds from the day before continued at a sustained 30mph all day, making it tough to spend much time out of the car.

The drive would normally be 90 minutes but took us two hours with stops.  Wildlife was abundant, and Zoe and Laney particularly enjoyed the barking prairie dogs (or “cranberry dogs”, if Zoe’s telling the story) and bison.  We also saw a few deer and wild (as well as domestic) horses along the way.  Unlike some of the more well-known national parks, this one wasn’t crowded, and we passed few cars and even fewer people out of cars.  The wildlife can enjoy remote and serene surroundings with little interference from humans.  In this peaceful setting, it’s easy to forget the hustle and bustle and highways and imagine the rolling hills and badlands covered with roaming bison centuries ago.

Our visit prompted us to do some googling on the history of the park and Roosevelt himself.  I was surprised to learn that before becoming the 26th President of the United States, he spent time in his 20s as a rancher in North Dakota, and that his time there heavily influenced his conservation policies.  We spend a lot of time in national parks and I’m so thankful we’ve had the opportunity to expose Zoe to these national treasures and talk with her about the importance of conservation at such an early age.  It’s something we’ll certainly continue to prioritize as part of family escapades.

All this adventure and education worked up quite an appetite so we stopped in Medora, a cute little western town right outside the park.  We ate a tasty farm-to-fork lunch at The Farmhouse Café and then the stars aligned for Zoe when we found a mechanical bull ride on the way back to the car.  You can watch her cowgirl debut in the video below.

After lunch, we hit the road for the not-very-memorable 4.5-hour drive from Medora to Fargo, crossing into the Central Time Zone along the way (cue ominous music and more rants about nightmarish toddler bedtimes).  It was along this stretch of I-94, almost five days into our trip, that Zoe first mentioned she missed the beach.  It’s like her gut knew she was almost as far from the ocean as she could possibly be in the continental US and was not happy about it at all.  Eastern North Dakota is a pretty boring drive and more what we expected North Dakota to be like, with lots of plains and few signs of civilization.  As a result, the drive felt long and we were relieved to arrive in Fargo, which felt surprisingly shiny and new and thankfully surprised us with the nicest hotel of the trip.  Fargo is the most populous city in North Dakota and is right on the border of Minnesota.  In 2014, Forbes ranked Fargo the 4th fastest-growing small city in the United States.  It’s good that we enjoyed modern amenities while they lasted because next up, we hit the road for…. Well, we’re not sure where… And end up staying in a city that was the focus of a non-fiction book-turned-film called “Wisconsin Death Trip”.  Stay tuned!

6 thoughts on “We’re Back! Day 5: Dickinson, North Dakota to Fargo, North Dakota (Plus, where the hell we’ve been for the last three months…)” 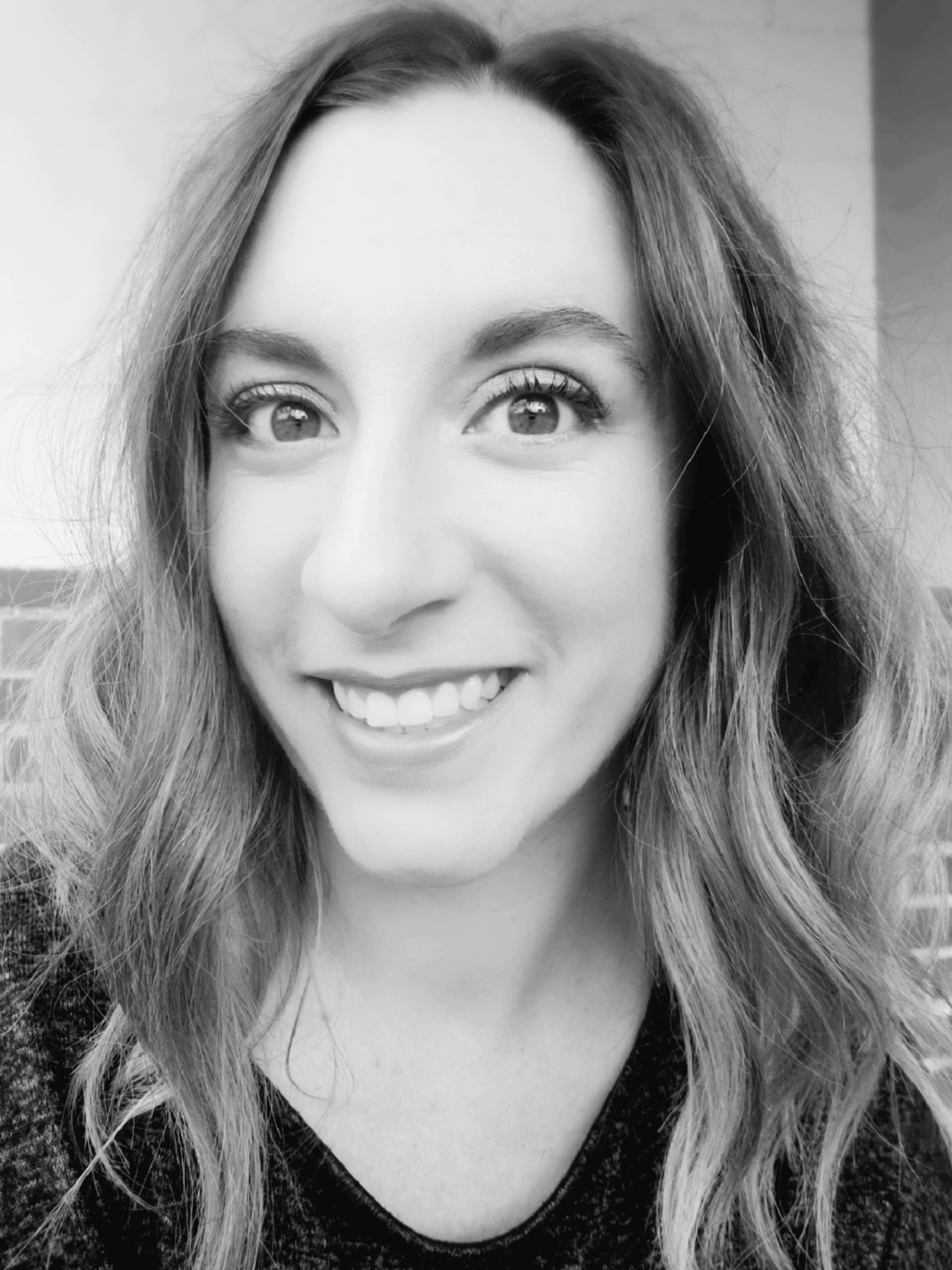